So many good days and the beginning of school

It's been almost a month since I've blogged. So sorry, time has gotten away from me and I've been meaning to post for quite some time. Reagan has been good. Pretty great actually. She went almost an entire month without any bad days. And even though she did eventually have a bad day, it was short and she recovered quickly. She started getting tense the Friday afternoon after her second iron infusion and then tense turned into tears. She had a pretty miserable night and I was up with her for a good part of it, but by morning she had turned a corner and was better. This going a whole month with no bad days has only happened a few times and it was years ago. I have to admit I was a little nervous about even mentioning it. Kind of like with seizures. When you don't see any, you don't want to even mention the S word. And actually we saw improvement there too. She probably went a month or so without any seizures. But then she had two (one big one) a few days after her bad day. :( Ugh. I hate seizures. We were changing her clothes Monday afternoon and next thing I knew I saw the head turn to her right and fixed eyes. She started coming out of it after about a minute or so but her right eye was still fixed. It was strange. I've never seen that before. She was moving around a little and her other eye was looking around, but that right eye was stuck. It took a good 4 more minutes before she fully recovered and it returned to normal. She had another one that was less obvious later that night. I walked in the room and she was laying beside the nurse. I saw her head turned sharply to the left. Then I looked up close and her eyes were fixed. This one only lasted a minute or so, but it still sucks. I wish we could kick these to the curb again once and for all. Both kiddos started back to school this past week. Ryan is in first grade. He seems to be enjoying it. Reagan is now in 6th. That means all new teachers and school. It's sad because we miss her teachers from Elementary but hopefully she'll have a good team in middle school as well. Hoping for a great year for both kiddos! Please keep them both in your prayers! 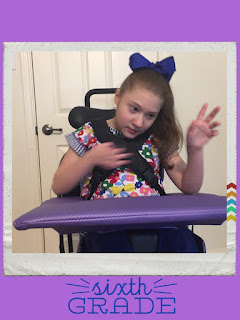 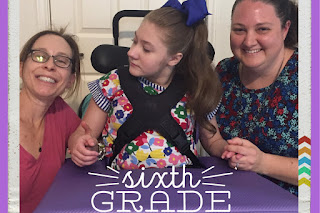 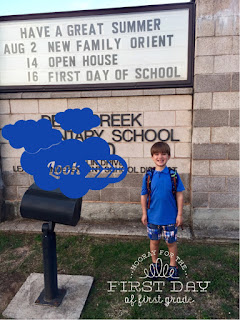 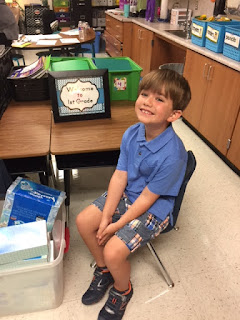