This flight went so much more smoothly than the flight to Hawaii! Ryan slept nearly the entire flight and even though Reagan didn't sleep, she was calm and quiet the rest of the flight. Getting off the plane didn't go quite as smoothly, once again it took forever for her chair to show up! Apparently they didn't realize there was someone waiting for a personal wheelchair, so they had to go and search for it for us! Mike was carrying around Reagan for the longest time, just waiting for them to show up with the chair (the terminal was under construction and he couldn't find any chairs to sit down with her)! After we got her wheelchair, we picked up all of our luggage and then took a shuttle over to the rental car place. The guy on the bus was talking to us the whole way there and when we arrived, he came over and asked if he could pray for Reagan! He held our hands and touched Reagan and prayed for her healing! Claiming it! It was really neat and one of our favorite parts of the trip! The faith this man must have to step out of his comfort zone and pray for a complete stranger! Amazing! We were very touched. As we headed away from the rental car place and away from the airport, I just happened to look down and realize our camera was missing! Our digital SLR camera that had at least half of the pictures we took on the trip on it! I panicked. We immediately turned around and headed back to the airport. I ran in to the ticket counter and frantically asked them to see if anyone had found it! A super nice lady called around for me as I stood there crying. There was a lot of waiting and calling and waiting. Finally she picked up the phone and said they had not found it. I was devastated! The second she hung the phone up, it rang again and it was the cleaning crew saying that they had found it and put it in their lost and found! Whew! I was beyond relieved. I seriously wanted to hug that lady! I waited what seemed like an eternity and finally someone brought it out to me! I wanted to hug him too! So relieved! I ran out to the car and we finally started our trek back to Austin! This drive seemed to take much longer than our drive there. We were all exhausted and just wanted to sleep! I didn't sleep because I knew Mike was tired too and I needed to try to keep him awake! When we got home our nurse that came with us was able to go home and we had another one of Reagan's nurses come to work the rest of the day. That was super helpful, as we were all just so exhausted (well, everyone except Reagan). I'm hoping she can get some sleep tonight. She's been pretty restless today and didn't sleep at all on our flight, so she really needs it. We all need it! 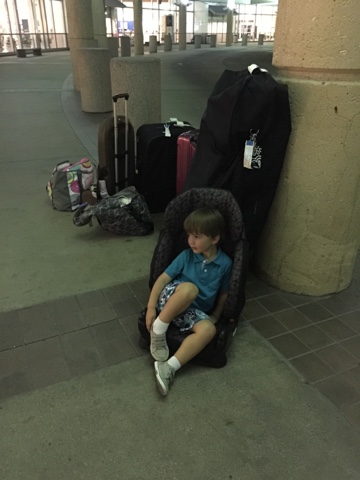 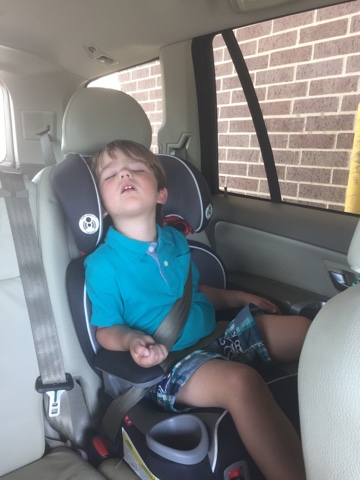