Today is Reagan's 4th birthday!!! She fell asleep last night with the help of Clonidine. At some point she did wake up and had gotten herself to the edge of her bed (the pillow we normally have there was missing). She was trying to roll but instead kept banging her head against the backboard. I woke up to the noise and added a couple pillows to keep her from hitting her head again. I went back to sleep and when I woke an hour or so later, she was back asleep but had somehow pushed one of the pillows back out of the way. I was up by 6:40 and she was awake by 7:15. We left at 8 for our 8:30appt with the special needs pediatrician (and were about 15min late). First they weighed her. 36lbs and 9oz. (I measured her the other day and she's 39in tall.) She's such a big girl! Next we spoke to the social worker. Then they always have a dental person come by and talk to us. Each time we say that we already see the dentist over at Texas Children's. The guy we talked to today was very nice and asked us if they had ever put fluoride on her teeth and we said no. He offered to do it (and actually did it for free because the insurance didn't cover it)...it only took a few minutes and Reagan seemed to enjoy the bubble gum flavor! Then we spoke to the pediatrician and he suggested that maybe we try methadone on Reagan's bad days. It can take a day or two to work, so we're thinking we'll start it as soon as we see the first sign of a bad day and then maybe by the time the bad days set it, it will already be working and she won't be nearly as miserable. We'll see. I know it's something that seems to help a lot of kids with mito, so it's worth a try. Reagan is just so resistant to meds...she's a tough one! The whole time the doctor was there, Reagan was laying on the table kicking around and trying to roll off the table! Definitely a turkey! From there we headed over to the zoo! (Reagan's first time to the zoo.) She seemed to like the aquarium the best. I think because it was dark and the tanks were illuminated, making it easier for her to see. We could tell she was definitely interested and actively looking at the things in the aquarium, the rest of the zoo, we're not so sure. Most exhibits just weren't set up for her to see easily from a stroller. And most animals were hard for us to seek out...so with her visual impairment, they were probably impossible for her to see (we saw an orangutan abusing a turtle and are scarred for life). I think she just enjoyed being out. It was a nice day and we walked over every inch of that zoo. She seemed to like the noisy animals...like the yelling monkeys. We took her on the carousel, to the petting zoo, and on the train...we did it all!! Reagan was as good as gold the entire time! Not a peep out of her. Smiling away...all the while chewing on her hand. That hand was trouble. We had to keep it covered because she either had it in her hair or in her mouth at all times! She rubbed her cheek pink and kept pulling her hair down on the left side...but she was happy! And we were happy, because she was happy! So all in all, it was another great day! I'm so glad my girl had a good birthday. Tonight we've seen a few signs of crazy...but I'm still hoping for another good day tomorrow! (Check out Sunday's post for birthday party pics!!) 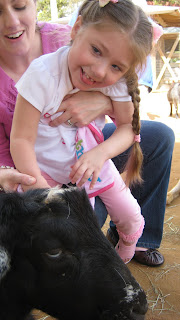 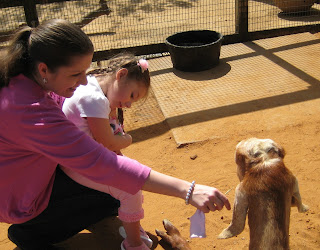 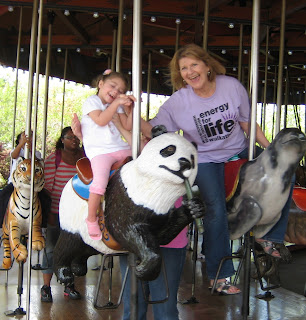 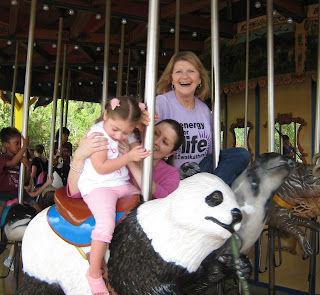 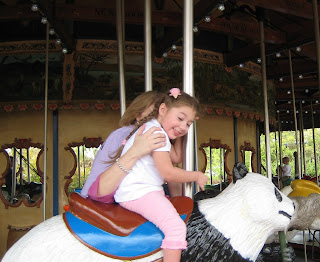 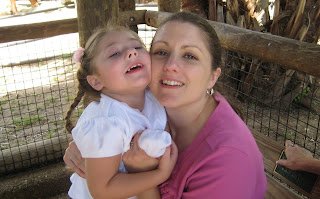 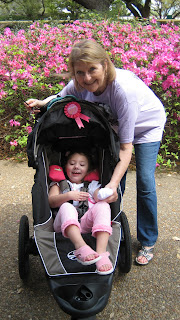 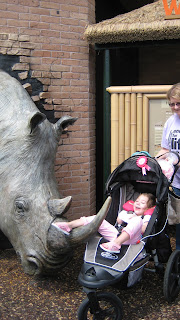 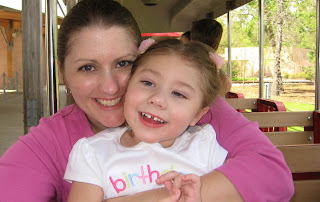 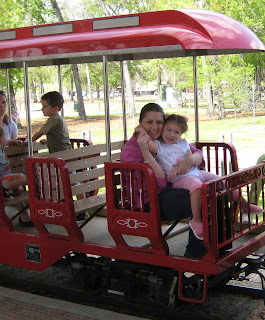 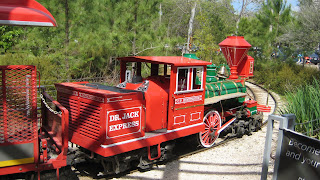 Well hello... this is your sucky friend in California.All out of wack due to our company,hellish weather and driving more miles in a weekend then I do in a month.Forgive me?

I love that she was at the zoo for her birthday.Perfect way to spend her special day.I was thinking about the aquarium and I know they make a light up thingy,plugs in,illuminated blue with fake fish swimming around.Its not a kids toy but I have seen it.Lets google it and get it for her,she might just love watching that.

Cannot wait for pictures.Wish I had had a piece of that cake you texted to me.Was it as good as it looked?

Love to you all.Do you still love me?

i'm so glad she's having some good days. and i absolutely love that you went to the zoo and she enjoyed it!

happy happy birthday sweet baby girl. i soooo wish you guys lived closer so we could be with you to celebrate!

i can't wait to see the pictures.